March is “Colorectal Cancer Awareness Month.” Awareness can save lives.

No one wants to have a colonoscopy, but since they’ve been encouraged, the death rate from colorectal cancer has dropped. Once the second leading cause of cancer deaths in this country, it’s dropped to third.
With more people knowing the value of colonoscopy, more lives can be saved.

“It’s a very preventable disease,” noted Dr. Polito a gastroenterologist. “The issue with colon cancer is it’s very silent until it starts causing problems and because it starts as a polyp —  which is benign growth which can grow and have no symptoms, you have a number of years to detect that before it becomes cancerous.”
Sue Buniak is living proof.

“I had no symptoms whatsoever. When I met with Dr. Polito, we had a consult before the procedure and everything he asked, I was quite sure that I was fine,” noted Buniak.

She was and she wasn’t. Although she was just 44, a large polyp was found during her colonoscopy and it was cancerous.
“He felt that it had probably been there four or five years, maybe more,” explained Buniak.

Fortunately, it didn’t invade the colon wall, so removal of the polyp during that colonoscopy was the only treatment she needed.

It turned out she was at increased risk for colon cancer. Her grandfather had the disease. Now, she’s alerted her two grown sons about their increased risk and need for early screening.

If you have no risk factors, it’s recommended you have a colonoscopy at age 50. With a family history, that drops to 40. If you’re African American, you should be screened at age 45.

However, genetics isn’t the only risk factor.

Now Buniak undergoes a colonoscopy every four to five years to insure she stays healthy.

“You do the prep, you get up and you do the procedure and you’re in and out. Not a big deal,” she assured.

About 140,000 people will get a diagnosis of colorectal cancer this year. Fifty-thousand will die from it. As more people have screening colonoscopies, that number is expected to drop. 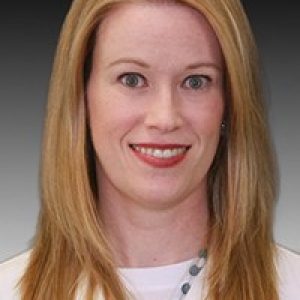