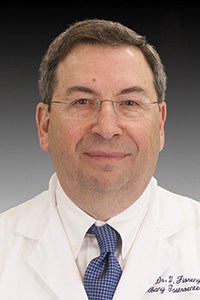 He has published several papers on Hepatitis B, Small Intestinal Motility, Total Parental Nutrition, and Inflammatory Bowel Disease. Dr. Fiorenza served as Chief of Gastroenterology at St. Peter’s Hospital from 2000 to 2006. He formerly served as Chair of The Medical Advisory Committee of the Capital District Chapter of the Crohn’s & Colitis Foundation.

Born in Italy and raised in New York City, Dr. Fiorenza is fluent in Italian and English. He’s an avid fly fisherman, enjoys traveling with his wife and spending time with his grandchildren.