Crohn’s disease is a chronic, recurrent inflammatory disease of the intestinal tract. The intestinal tract has four major parts: the esophagus, or food tube; the stomach, where food is churned and digested; the long, small bowel, where nutrients, calories, and vitamins are absorbed; and the colon and rectum, where water is absorbed and stool is stored. The two primary sites for Crohn’s disease are the ileum, which is the last portion of the small bowel (ileitis, regional enteritis), and the colon (Crohn’s colitis). The condition begins as small, microscopic nests of inflammation which persist and smolder. The lining of the bowel can then become ulcerated and the bowel wall thickened. Eventually, the bowel may become narrowed or obstructed and surgery would be needed.

There is now evidence of a genetic link as Crohn’s frequently shows up in a family group. In addition, there is evidence that the normal bacteria that grow in the lower gut may, in some manner, act to promote inflammation. The body’s immune system, which protects it against many different infections, is known to be a factor. There are still a number of unknowns about the cause of the disease. Fortunately, a great deal is known about the disease and especially its treatment.

The condition occurs in both sexes and among all age groups, although it most frequently begins in young people. Jewish people are at increased risk of developing Crohn’s, while African Americans are at decreased risk, which indicates the genetic link in this disease.

When the disease is active, fatigue and lethargy appear. In children and adolescents there may be difficulty gaining or maintaining weight.

There is no one conclusive diagnostic test for Crohn’s disease. The patient’s medical history and physical exam are always helpful. Certain blood and stool tests are performed to arrive at a diagnosis. X-rays of the small intestine and colon (obtained through an upper GI barium series) may be ordered. In addition, a thorough exam of the entire colon (colonoscopy) is often the best way of diagnosing the problem when the disease is in the colon.  Capsule endoscopy is also available to inspect the small intestine.

The disorder often remains quiet and easily controlled for long periods of time. Most people with Crohn’s disease continue to pursue their goals in life, go to school, marry, have a family and work.

Some problems, outside the bowel, can occur. Arthritis, eye and skin problems, and — in rare instances — chronic liver conditions may develop. As noted, the disease can occur around the anal canal. Open sores called fissures can develop, which are often painful. A fistula can also form. This is a tiny channel that burrows from the rectum to the skin around the anus. In addition, when inflammation persists in the ileum or colon, narrowing and partial obstruction may occur. Surgery is usually required to treat this problem. When Crohn’s disease has been present for many years there is an increased risk of cancer.

Effective medical and surgical treatment is available for Crohn’s disease. It is particularly important to maintain good nutrition and health with a balanced diet, adequate exercise, and a positive, upbeat attitude. Five types of medications are available to treat this disease:

There are no foods known to actually injure the bowel. However, during an acute phase of the disease, bulky foods, milk, and milk products may increase diarrhea and cramping. Generally, the patient is advised to eat a well-balanced diet, with adequate protein and calories. A multivitamin and iron supplement may be recommended by the physician. A diet rich in fruits and vegetables and low in processed foods is also encouraged.

Stress, anxiety, and extreme emotions may aggravate symptoms of the disorder, but are not believed to cause it or make it worse. Any chronic disease can produce a serious emotional reaction, which can usually be handled through discussion with the physician.

Surgery is commonly needed at some time during the course of Crohn’s disease. It may involve removing a portion of diseased bowel, or simply the draining of an abscess or fistula. In all cases, the guiding principle is to perform the least amount of surgery necessary to correct the problem. Surgery does not cure Crohn’s disease.

Most people with Crohn’s disease lead active lives with few restrictions. Although there is no known cure for the disorder, it can be managed with present treatments. For a few patients, the course of the disease can be more difficult and complicated, requiring extensive testing and therapy. Surgery sometimes is required. In all cases, follow-up care is essential to treat the disease and prevent or deal with complications that may arise. 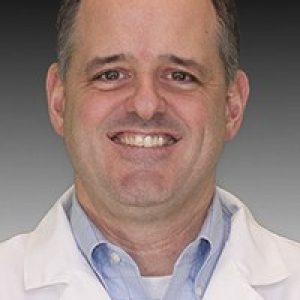 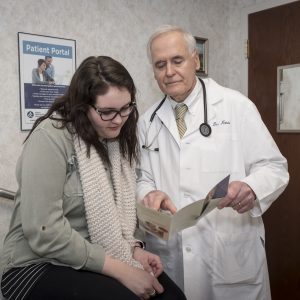