However, the LES muscle does not always work perfectly. It can easily be overcome by a number of factors, the most common being eating a large meal. Other agents that weaken the LES muscle and allow reflux of stomach juices are:

When stomach acid and digestive enzymes repeatedly reflux into the esophagus, the tissues become inflamed and ulcerated. This inflammation is known as esophagitis. When the inflammation is severe, esophageal ulcers develop.

Does a Hiatus Hernia Cause Esophagitis?

A hiatus hernia exists when part of the stomach protrudes through the diaphragm muscle into the chest.  Hiatal hernias disrupt the normal, protective barrier against reflux. Additionally, when the hernia is fixed in this position, stomach acid and food do not drain out of it quickly and the LES pressure is overcome. This results in tissue damage to the esophagus. Hiatus hernia, therefore, is an important factor in causing esophagitis.

Are There Other Causes of Esophagitis?

Certain infections, such as a fungus infection (monilia, candida) and viruses, can occur in the esophagus and cause inflammation. An allergic condition of the esophagus called eosinophilic esophagitis is another cause of inflammation. Irradiation and caustic substances, like lye, also can cause esophagitis. Acid reflux from the stomach, however, is by far the most common cause of the condition.

What Are the Signs and Symptoms?

Heartburn occurs when acid refluxes into the esophagus. It is experienced as a burning sensation in the lower chest and may be felt up the esophagus. At times, bitter-tasting liquid may regurgitate up into the mouth. When esophagitis is severe and ulcers are present, swallowing may cause pain when food reaches this part of the esophagus. Furthermore, if the lower esophagus narrows due to scarring, food may stick in this area. This symptom is called dysphagia and is uncomfortable. Esophagitis also may cause bleeding. Black stools, anemia (low red-blood cell count), and vomiting of blood are signs of bleeding.

An upper GI series x-ray can be done to outline the esophagus and stomach. An endoscopy also is often performed during which a flexible endoscope is passed into the esophagus while the patient is lightly sedated. The tissues can be visualized and biopsied during this procedure. This examination is important since cancer of the acid reflux is considered a risk factor for esophageal cancer.

General measures the patient can take to treat esophagitis are:

What Is a Stricture?

The lower esophagus can open to the size of a quarter or wider. When recurrent inflammation occurs in the esophagus, scarring develops, underlying tissues become fibrous, and the opening narrows. In advanced cases, this narrowing, or stricture, can be severe. The opening may be reduced to the size of a pencil or even smaller. Food and fluid are delayed and only move slowly across the opening into the stomach. A large piece of food, such as meat, may completely block the esophagus. As mentioned, cancer can also narrow the esophagus in the same way. Therefore, it is critical that the physician rule out this diagnosis.

The physician can use a variety of methods to gently but forcefully open, or dilate, a stricture. Dilatation is often performed in conjunction with an upper endoscopy exam. One of the following dilatation methods may be used:

A thin wire, placed across the stricture, is used to guide increasingly wider dilators over it.

Different types of sausage-shaped balloons can be placed across the stricture. The balloon is sharply inflated to open the narrowed area.

The physician chooses the type of dilatation that is most appropriate for each patient.

Are There Any Alternatives to Dilatation?

The only alternative to dilatation for opening a stricture is surgery. It is recommended only in the most extreme cases and when dilatation fails.

With dilatation, minimal bleeding almost always occurs, although it is rarely excessive or serious. A rare, but serious, complication is a perforation, or tearing, of the esophagus. This causes increasing pain after the procedure and may require surgery to correct.

Esophagitis usually can be treated easily with a conservative program of medical care. When scarring becomes severe, a stricture can occur. This condition can be treated by simple dilatation. While complications can occur, they are uncommon. Most patients obtain complete relief of their swallowing problems. By working with the physician, the correct program can be developed for each patient. 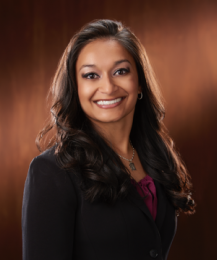 The importance of screening for colorectal cancer has become even more apparent during the COVID-19 pandemic. National preventative colorectal cancer screening rates decreased significantly compared to before COVID. While there is still much work to be done, there is hope. With increased colorectal screening and state of the art treatment, we can detect cancer at earlier and curable stages, helping patients lead longer and healthier lives.