The liver shoulders a heavy work load for the body, and almost never complains. It even has a remarkable power to regenerate itself. Still, it should not be taken for granted. The liver is subject to illnesses that can lead to permanent damage. One example is hemochromatosis, a condition in which excess iron accumulates in the liver.

Hemochromatosis is commonly known as iron overload disease. A malfunction in the way iron is absorbed from the intestinal tract causes the body to absorb and store too much iron. Certain vitamins and minerals are normally stored in the liver, and iron is one of them. However, too much iron stored in the liver can damage it. With hemochromatosis, excess iron is also deposited in other organs and tissues, especially the heart and pancreas, causing damage to these organs, too. This disease occurs more commonly than was originally thought. It is estimated that hemochromatosis affects about one in every 300-400 people. Occasionally, a secondary type of iron overload (called hemosiderosis) occurs in people who take large amounts of iron supplements, or in people who must have repeated blood transfusions, or who have certain other diseases. However, the body usually returns to normal processing of iron when the excess intake is eliminated.

Exactly what makes the body absorb and store too much iron is not completely understood. It is known that hemochromatosis is inherited. The gene for the disease is a very common one; about one in every 10 people carry it. However, a person can carry one gene and not get the disease. It is only when a person gets a hemochromatosis gene from each parent — a double dose — that the disease develops. Therefore, people who have parents, brothers, or sisters with this disease should be evaluated by a physician.

The disease can develop at any age, but symptoms usually do not occur until middle age (between the ages of 40 and 60). Women often develop the symptoms at a later age than men, probably because women lose significant amounts of iron through menstruation. The damage to the liver and other organs comes from long-term storage of excessive iron.

When the liver is badly damaged, scarring or hardening develops. This is called cirrhosis. Damage to the liver may also cause jaundice (yellow color to skin and eyes). Excess iron deposited in the pancreas causes it to stop making insulin, and diabetes mellitus develops. Hemochromatosis can also cause enlargement of and damage to the heart. Too much iron can be harmful to the pituitary gland (in the brain), and this may result in a number of hormone problems. Another common problem is the development of arthritis. Hemochromatosis can be a perplexing disease, because there are so many symptoms that can vary from patient to patient.

Early diagnosis is important, because treatment can prevent long-term injury and damage to body organs. When there is a family history of hemochromatosis, and especially if there are symptoms present, the physician will order certain blood tests. One of the tests is a measure of iron in the blood. Another is for blood ferritin, a protein that carries iron. With hemochromatosis, these tests will be abnormally high. When the blood tests are repeated and the results are consistently high, the physician usually diagnoses hemochromatosis. Genetic tests are also available to further confirm the diagnosis. A liver biopsy is sometimes performed to determine how much iron is stored in the liver and if there has been any liver damage. Liver biopsy is done under local anesthesia. A slender needle is inserted through the right lower chest to extract a small piece of liver for microscopic analysis.

Red blood cells are rich in iron, so their removal will reduce the amount of iron in the body. Treatment begins with one to two pints of blood being removed each week or so, until stored iron is reduced to normal levels. It may take several months or longer to accomplish this. After iron stores are reduced to normal, the patient should continue to have blood drawn periodically.

Complications of hemochromatosis, such as arthritis, hormone deficiency, heart failure, and diabetes, can be treated successfully in most cases. If these complications have already occurred in the patient, regular treatment with blood withdrawal should still be done. At this stage, it can prevent further harm and may even improve some of the damage.

How Can the Patient Help?

Alcohol seems to make the problem worse, so people with hemochromatosis should avoid alcohol or have only an occasional drink. A regular balanced diet is recommended, but patients should avoid large quantities of iron rich foods, such as red meats (especially liver) and iron fortified food products. Iron supplements should never be taken. Even small amounts of iron present in some multivitamin preparations can be harmful.

Liver transplantation is now an accepted form of treatment for chronic, severe liver damage. Advances in surgical techniques and the use of new drugs to suppress rejection have improved the success rate of transplantation. The outcome is excellent for hemochromatosis patients, and with the slow progression of this disease, it is possible to plan elective transplant surgery. Survival rates at transplant centers are well over 90 percent with a good quality of life after recovery.

Hemochromatosis is a common inherited disease that causes the body to absorb and store too much iron. People with a family history of the disease should be tested early, because symptoms which can signal organ damage usually do not occur until late in the disease. Hemochromatosis can be controlled, and complications can be avoided or treated. Those patients who are diagnosed early can look forward to a completely normal and active life. 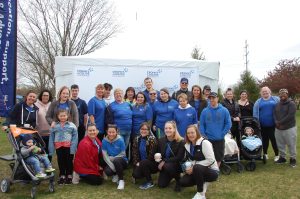 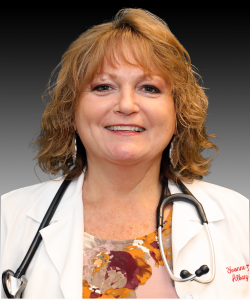