The pancreas is called the “hidden organ” because it is located deep in the abdomen behind the stomach. About six to eight inches long in the adult, the organ contains thin tubes that come together like the veins of a leaf. These tubes join to form a single opening into the intestine that is located just beyond the stomach.

The pancreas produces juices and enzymes that flow through these tubes into the intestine, where they mix with food. The enzymes digest fat, protein, and carbohydrates so they can be absorbed by the intestine. Pancreatic juices, therefore, play an important role in maintaining good health. The pancreas also produces insulin, which is picked up by the blood flowing through the organ. Insulin is important in regulating the amount of sugar or glucose in the blood.

What Are the Diseases of the Pancreas?

Many cases of diabetes are caused by a deficiency of insulin. Insulin is needed to help glucose, which is a major source of energy, enter the body’s cells. It is not known why insulin-producing cells in the pancreas die off. When they cease to function, glucose accumulates in the blood and eventually spills into the urine. These patients require daily insulin injections. More importantly, high blood glucose levels, over time, result in significant changes in blood vessels in the eyes, kidneys, heart, legs, and nerves. Damage to these vital organs represents the major risk for patients with diabetes.

Other patients who develop diabetes later in life seem to have sufficient insulin in the pancreas, but for reasons we are still understanding, many of the body’s cells become resistant to the effect of insulin. These patients typically are overweight and, therefore, weight loss is critical for them. In addition, oral medications can be taken that help release insulin from the pancreas or improve the body’s response to insulin. All diabetics need to maintain normal or near-normal blood glucose levels to prevent or delay the complications of this disease.

This condition occurs when the pancreas becomes quickly and severely inflamed. The major causes are:

Binge alcohol drinking is a common cause of acute pancreatitis. Gallbladder disease, especially where a gallstone becomes lodged in the main bile duct next to the pancreas, also causes this condition. Accidents, such as the upper abdomen hitting the steering wheel during a car accident, can cause pancreatitis. A test to evaluate the pancreas called ERCP(endoscopic retrograde cholangiopancreatography) can also induce pancreatitis.  Certain drugs, such as diuretics, can produce the disorder as can extremely high blood fat levels (triglycerides). Heredity seems to play a role since in some families the condition develops in several members of the family. Finally, there are the occasional cases that occur for unknown reasons. In pancreatitis, the digestive enzymes of the pancreas break out into the tissues of the organ rather than staying within the tubes (ducts). Severe damage to the pancreas then results.

The main symptoms of pancreatitis are acute, severe pain in the upper abdomen, frequently accompanied by vomiting and fever. The abdomen is tender, and the patient feels and looks ill. The diagnosis is made by measuring the blood pancreas enzymes which are elevated. An ultrasound is often done to look for gallstones. An abdominal CT exam often shows an enlarged and inflamed pancreas. The condition is treated by resting the pancreas while the tissues heal. This is accomplished through bowel rest, hospitalization, intravenous feeding and, pain medications.

When pancreatitis is caused by gallstones, it is usually necessary to remove the gallbladder. This is most often done after the acute pancreatitis has resolved. At times, an ERCP (Endoscopic Retrograde CholangioPancreatography) test is recommended. This involves passing a flexible tube through the mouth and down to the small intestine. A small catheter is then inserted into the bile duct to see if any stones are present. If so, they are then removed with the scope.

Most patients with this condition recover well, although a few may become desperately sick. When recovered, the patient needs to make changes to prevent a recurrence. For example, avoiding alcohol and drugs, reducing blood triglycerides, or having gallbladder surgery.

This condition occurs with recurrent attacks of acute pancreatitis such as can be seen with chronic alcohol abuse. The main symptoms are recurrent, dull, or moderate pain without the severe toxic features of acute pancreatitis. Treatment consists of rest, medication, and certain food restrictions. Alcohol consumption is absolutely prohibited. However, in cases where damage is extensive, chronic pancreatitis and pain can occur even when alcohol consumption has stopped.

Diagnosis of this condition is made by measuring blood enzymes and by performing abdominal CT, x-rays, MRI, and ultrasound exams. An ERCP endoscopic test may be performed. In this test, a flexible endoscope is passed through the mouth into the intestine while the patient is lightly sedated. A small plastic catheter is inserted into the pancreas ducts and an x-ray dye is injected. The internal anatomy of the pancreas can then be viewed by x-ray. If a stricture is seen, it may be dilated or a temporary stent placed across it. Another test is called and endoscopic ultrasound and is another way of looking at the pancreas.

Occasionally a problem develops when the patient becomes dependent on, or even addicted to, narcotic pain medicines used to control symptoms. In rare cases, surgery is recommended to provide relief of pain.

Digestive enzymes from the pancreas are necessary to break down protein, fat, and carbohydrates in foods that are ingested. When there is a deficiency of these enzymes, nutrients are not broken down, resulting in malnutrition and weight loss. This condition is called malabsorption because the intestine is unable to absorb these vital nutrients.

The two major symptoms are diarrhea (frequently with fat droplets in the stool) and weight loss. This condition can result from any cause of pancreatitis, including trauma and infection. Pancreatic enzymes can be taken by mouth to replace those that are no longer made by the pancreas.

The pancreas, like most organs of the body, can develop tumors. Some of these are benign and cause no problems. However, some benign tumors can secrete hormones which, when present in high levels, have a detrimental effect. For example, insulin can be secreted in excessive amounts and result in dangerously low blood sugar levels (hypoglycemia). Another hormone, gastrin, can stimulate the stomach to secrete its strong hydrochloric acid causing recurrent stomach and peptic ulcers, with many complications. Fortunately, there is much that can be done about these tumors.

We now have sophisticated x-ray tests such as CT scan and MRI which can better identify pancreatic tumors to help decide whether these can be monitored or removed.

Cancer of the pancreas is a serious malignancy which is difficult to treat. The disorder occurs in middle- or older-aged people, with the first symptom often being dull pain in the upper abdomen that may radiate into the back. At times, skin jaundice occurs when the bile duct, which carries yellow bile from the liver and through the pancreas, is blocked. Surgery is the only effective form of treatment for pancreas cancer.

The pancreas — the quiet, hidden gland — is vital to good health. It is subject to a variety of problems, some of which result from the patient’s own actions. There are now effective ways to diagnose pancreatic conditions and, in most cases, good treatment programs can be outlined by the physician.

Throughout the year, the physicians and staff here at Albany Gastroenterology Consultants hold employee-driven fundraisers in order to donate to 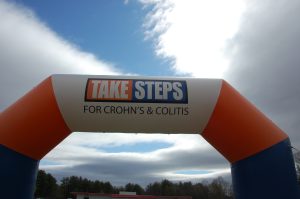